What does the modern data scientist need to know?

Drew Conway famously created this Venn diagram of skills for a data scientist.

Now, the “Maths/Statistics” and “Substantive Expertise” sections of this diagram are quite self-explanatory. But what exactly are “hacking skills?” Here, Conway is using “Hacking” in the positive sense of the word, not the criminal sense:

For better or worse, data is a commodity traded electronically; therefore, in order to be in this market you need to speak hacker. This, however, does not require a background in computer science—in fact—many of the most impressive hackers I have met never took a single CS course. Being able to manipulate text files at the command-line, understanding vectorized operations, thinking algorithmically; these are the hacking skills that make for a successful data hacker.

In this post, I will unpick some of the fundamental elements within the umbrella term “Hacking Skills” which are most important for data scientists. I’ll also spend some time considering the confusing overlap between different bits of terminology.

Why Should You Care?

Fundamental 5: Familiarity with your Operating System

Why Should You Care?

There are many data scientists out there who through their excellent stats knowledge or domain expertise, are able to “do” data science for many years with pretty rudimentary hacking skills. And in a lot of companies, they will be cut quite a bit of slack by software engineers because of the other skills they bring to the table.

The purely technological part of data science - installing things, getting things in and out of databases, version control, db and cluster administration etc. - may seem like a boring chore to you […] This type of thinking is a mistake. – Nadbor Drozd

By neglecting the “boring” programming skills, data scientists can end up being:

This is not to mention the fact that most data science interviews in today’s market will also include some programming questions. Hopefully the value of the “hacking” set of skills to the modern data scientist is clear. Let’s unpack these skills.

Programmers solve problems using code, a Hacker is a creator/tinkerer, and a Developer is a formally trained programmer

Phew! That’s a lot of pedantry. An important point to note is that “Software Engineering” also includes a lot of theory on how to effectively collect requirements, estimate workloads, collaborate effectively, and to test & maintain complex systems. A lot of that is just project management combined with domain expertise, which is applicable to many disciplines. So we won’t focus on it - many of those skills are equally important for data scientists, but also for builders, civil engineers and event managers etc.

What do we mean by “fundamentals”?

If a “hacking skill” changes depending on a data scientist’s domain or industry, then it probably isn’t a “fundamental” skill. For example, not all data scientists need to work with “Big Data” (however you choose to define that) in order to improve the quality and efficiency of their work, so I don’t think that working with Hadoop and Spark (as well as knowledge of distributed systems) is a fundamental skill for a data scientist. Now don’t get me wrong - for many data scientists, knowing about these technologies will be an extremely useful skill. But since a for a significant proportion of practitioners it is not necessary, then those skills do not make the “fundamental” cut. On the other hand, the ability to use version control (such a git), will improve the efficiency of a data scientist in virtually every field, making it a fundamental skill. With that distinction in mind, we will explore these fundamentals in more detail.

Note that I am not including so-called “soft skills”, such as creativity, communication, collaboration, and problem solving. These are obviously important as well (many would argue more important), but not the focus of this post.

The majority of programming languages, libraries, tools and frameworks have their documentation written in English, the source code comments are overwhelmingly in English and the majority of guides, tutorials and answers on sites such as stackoverflow are in English. Whilst there are significant open source contributions, forums and software tools dedicated to speakers of other languages, for example the Alibaba cloud ecosystem is mostly tailored towards Mandarin speakers, these are still significantly outnumbered by materials written in English. Therefore, without the ability to read English, a data scientist will severely hinder their ability to maximize their programming (as well as other) capabilities.

We won’t be having this discussion

A data scientist needs to know a programming language to be effective. Not just any programming language, but one which lends itself to data science tasks - through an ecosystem which makes performing machine learning, numerical analysis and data munging comparatively simple. In practice, this boils down to one of the following:

In addition to any one of the above languages, SQL is a must-have, which gets its own section later.

For a comparison of the pros and cons of these languages, see this article. Regardless of which of the above languages you focus on, a solid understanding of the basics within that language (and also in abstract) are crucial:

A decent understanding of the relevant data science-related libraries and tools for that particular language (i.e. its data science “ecosystem”) is also key to being effective. For example in Python these would be the likes of numpy, pandas and scikit-learn.

Part of knowing a language includes understanding the programming paradigms for that language. Most high-level languages (such as Python), support all of these paradigms, at least to a certain degree. 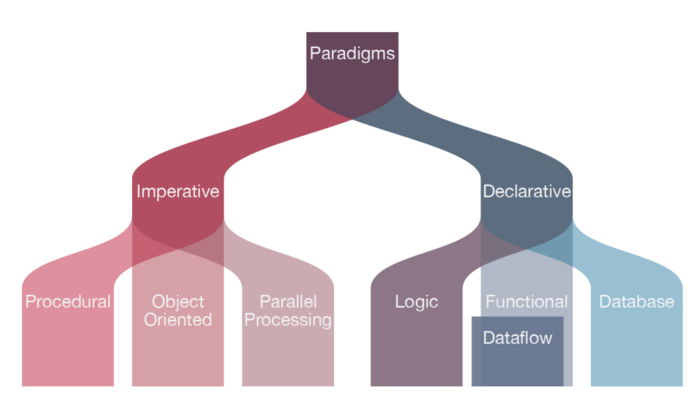 A basic familiarity with different approaches, such as an object oriented design vs. an imperative or a functional approach, is an important part of being an effective programmer. This is a awareness that can improve the code quality of the vast majority of data scientists.

Eventually, data ends up in a database of some kind. The ability to query that data is a fundamental skill for a data scientist worth their salt. Make no mistake though, this is a complex area: The role of a Database Administrator (DBA) exists for a reason - you can spend an entire career specializing and becoming an expert in one particular flavor of database system (MSSQL, Postgresql, Oracle etc.) Therefore, in terms of fundamentals for data scientists, it’s familiarity with:

Without these SQL basics, a data scientist will be unable to easily tap into an organization’s data, instead relying on others to slice and dice this data for them. This is highly inefficient, and also a missed opportunity for understanding how a company stores and structures its data which can lead to additional insights and improvements in and of itself.

Version control, AKA Source Control, is vital. For me, the lack of a version control system (VCS) is the number one sign of an amateurish software project. This stackoverflow answer nails the benefits:

In 2019 the dominant version control system is git, but there are other players such as SVN and Mercurial. Note that git is not the same as github - github serves as a cloud platform for code storage and collaboration, with the underpinning version control used on your code being your preferred version control system. Competitors to github include bitbucket and gitlab.

As a data scientist, you are negatively impacting your productivity by failing to leverage a version control system. You are also making it harder to collaborate with others.

Fundamental 5: Familiarity with your Operating System

Regardless of whether you (and perhaps more importantly, your company) use Windows, OS X or Linux, you should be at least somewhat of a “power user” of your chosen system. This means:

Some data scientists view testing as a low-value activity, which isn’t worth their time. This couldn’t be further from the truth. Testing is one of those deceptive activities which takes more effort in the short-term, but in the long-term is a huge time-saver. Having a unit or integration test to check a particular step in your data preparation pipeline can save you hours of searching for the bug a month later, when you are much further removed from the context and can barely remember how that particular step works. If your test is well written, it will present you with the exact location (or at least a very strong clue) where you can look to fix the bug. Key areas to gain familiarity for data scientists include:

Testing is a complex area, which many software engineers never completely master. But it’s an area where even a small amount of time spent learning can pay huge dividends over the course of a career.

A significant part of the data scientist’s job is presenting data and results to tell a story. Visualizing this data elegantly and clearly can make the difference between persuading management to try an idea or not - so being able to create powerful and convincing visualizations is a key part of a data scientists arsenal.

Most programming languages have libraries for charting and visualizing, often many of them. It’s important that you are familiar with at least one, so that you don’t have to interrupt your flow state to lookup documentation on how to create a certain type of chart. Being able to effortlessly chart as you explore a data set can allow a data scientist to see patterns faster, allowing them to either abandon or pursue an idea further. Over a career, this can represent weeks of saved time. 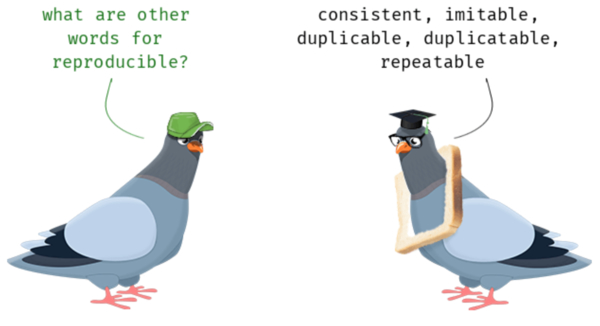 Reproducibility is the ability to duplicate a model exactly such that given the same raw data as input, both models return the same output. This sounds simple, but can be an extremely challenging part of data science as data scientists attempt to replicate predictions from the research environment to the development/production environment. Errors in reproducibility result in increased financial costs as work has to be redone, lost time and frustration and potentially reputational damage if there is an error in production. Furthermore, without the ability to replicate prior results, it is difficult to determine if a new model is truly better than the previous one. A few areas required for effective reproducibility include:

This is a super important area for modern data scientists. Here’s a joint-talk I gave with Soledad Galli on this topic at the London Data Science Festival. We also cover this topic extensively in our Udemy Course on Deployment of Machine Learning Models.

If you are unable to debug your code effectively, you are going to work incredibly inefficiently. This means that at least a cursory understanding of the following are fundamental skills:

Being able to resolve errors quickly as the crop up will massively improve a data scientist’s productivity. Plus it is satisfying.

This final area is deliberately vague. A data scientist needs to be able to understand, at least roughly, how their models fit in the overall production system. What sort of testing will their models go through? How will the models be deployed by their colleagues in engineering? How will the results from the model be monitored and stored? An understanding of how these sorts of challenges are being tackled allows a data scientist to add a huge amount of value, by doing things such as:

Naturally, there are always more things to learn, more skills to add. But a data scientist who has a strong grasp on these 10 fundamentals is a huge asset, and a formidable individual.