In part 6 of the FastAPI tutorial, we'll look at serving HTML via Jinja2 templates

Welcome to the Ultimate FastAPI tutorial series. This post is part 6. The series is a project-based tutorial where we will build a cooking recipe API. Each post gradually adds more complex functionality, showcasing the capabilities of FastAPI, ending with a realistic, production-ready API. The series is designed to be followed in order, but if you already know FastAPI you can jump to the relevant part.

So far in our tutorial series, the only HTML available to view has been the interactive documentation UI which FastAPI offers out of the box. Time now to add a deliberately simple HTML page. We’ll code and run it first (doing beats talking), then further down we’ll discuss Jinja2, and what a more realistic approach for serving HTML would be in larger projects.

If you haven’t already, go ahead and clone the example project repo cd to the part-6 directory, see the README file for local setup.

Now when you navigate to http://localhost:8001 you will be greeted by a new screen: 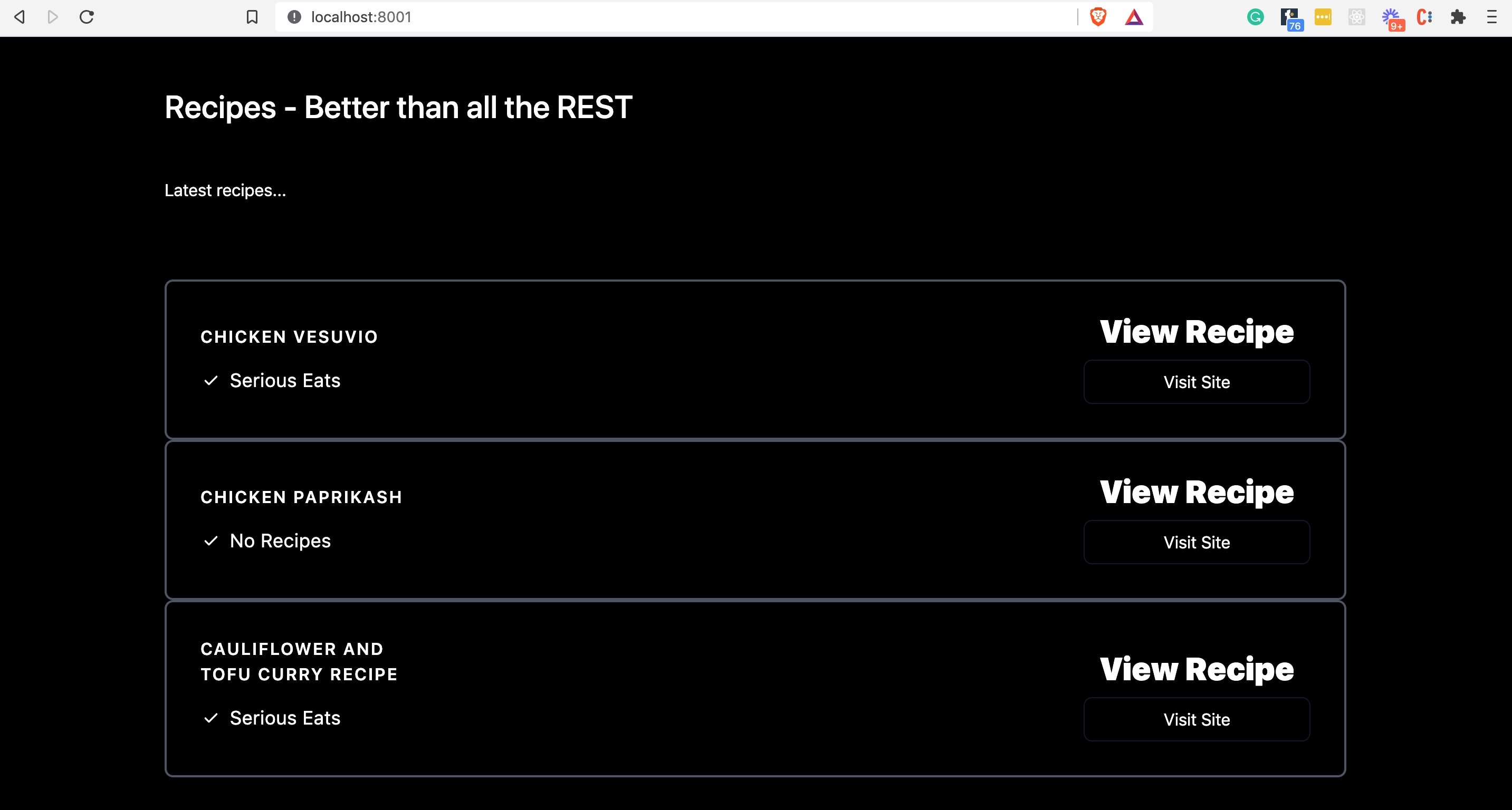 Give it a try.

Now, let’s understand how this works.

In the app/main.py file, you will find the following new code:

There are three key updates to our main.py module to highlight:

Naturally, the other key addition to the example project at this point in the tutorial series is the template itself. This is located in app/templates/index.html

Two key things to highlight from the (truncated) sample above:

Exercise: Use the POST endpoint we added in part 5 to create a new recipe, and then refresh the home page to see it displayed.

A templating language allows you to generate HTML/XML or some other markup language with the aid of variables and a constrained amount of programming logic.

The variables and bits of logic are marked with tags, as we saw above with the loop.

Jinja2 is a popular templating language used by Flask, Bottle, Pelican) and optionally by Django.

Real Python has an excellent primer on using Jinja

If you want to build a large website with lots of HTML rendered on the server, Django is probably a better choice.

However, if you’re building a modern website with a frontend framework like React, Angular or Vue, then fetching data from FastAPI is a good fit (we’ll be looking at this later in the series).

As a result, in this example series, we’re going to use Jinja templates quite sparingly, which is also how they would be used in most real projects. My reasoning for introducing an HTML page at this point in the series is:

In the next part of the tutorial, we’ll look at a basic deployment of our app in its current form.

Continue to part 6b